Sweden and the Arctic region

The two northernmost counties, Västerbotten and Norrbotten, are defined as Sweden’s Arctic territory. This region represents about one-third of Sweden’s territory, but is populated with just over half of a million inhabitants – more sparsely populated than the southern parts of the country.

Sweden places a great emphasis on climate-related research in the Arctic. As a result of long measurement series, in some cases up to one hundred years, Sweden has contributed to greater global understanding of climate change. Northern Sweden is home to research stations in Abisko and Tarfala as well as the EISCAT12 scatter radar facility in Kiruna. Access to these modern logistics platforms is crucial for environmental research. The Abisko Scientific Research Station administrates, coordinates and performs experiments and tests for researchers from all over the world. An extensive environmental monitoring program on temperature, precipitation, ice-thaw, flora and fauna in the local area has been in progress there for nearly 100 years. The Tarfala Research Station, located in the Kebnekaise mountains, conducts basic research, glacier monitoring, meteorological and hydrological analyses, snow chemistry and permafrost studies.

Efficient ice-breaking operations are required to promote maritime safety and improve accessibility in frozen waters. Sweden possesses leading expertise as regards shipping in Arctic conditions. Swedish icebreakers are able to support increasing commercial shipping in the Arctic as well as help with both the monitoring of the vulnerable marine environment and also Arctic research. In 2011 Sweden adopted a strategy on the Arctic region, where it promotes economically, socially and environmentally sustainable development.

The Saami are an Indigenous people who live in an area that stretches across the northern parts of Norway, Sweden, Finland and Russia. Estimates of the Saami population vary between 50,000 and 80,000, with around 20,000 to 50,000. living in Sweden. In the Arctic region, Sweden strives to ensure that Indigenous peoples have greater scope for preserving and developing their identity, culture and traditional industries and facilitate their traditional knowledge gathering and transfer.

Sweden in the Arctic Council

Sweden works to ensure that the Arctic remains a region where security policy tensions are low, and for these objectives sees a need of a strengthened Arctic Council. 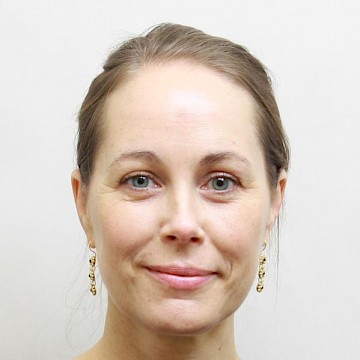 Gender Equality in the Arctic III

Resilience and management of Arctic wetlands

Dr. Jessica Nilsson is the new Chair of the Protection of the Arctic Marine Environment Working Group (PAME) and she assumes her role with a strong vision: to foster coll...
08 Jul 2021

Gender equality for a sustainable and prosperous Arctic

Assessing gender issues in the Arctic is a challenging and important step towards gender equality.
10 May 2021
See all
We use cookies to save your language preference and better understand how visitors use the site. For more information, please see our Privacy policy. ×